Are You There, God? A Seeker’s Quest 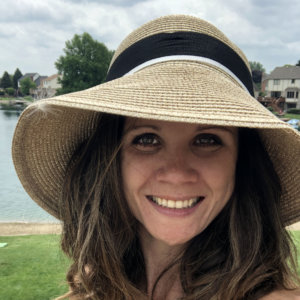 Hi everyone! I’m Melissa. I’m 35 years old, a mother to three beautiful little girls, and a wife to an awesome guy. I’m not a writer, even though I have a lot to say. The idea to write a blog never even occurred to me before a few days ago. I was sitting in church, listening to the message, when the pastor said something like, “Lord, what do you want me to do? Is there something You can use me for?” So, I sat there, sent up a silent prayer asking God just that. I swear to you, not three seconds later, the idea of writing a blog for seekers like me popped in my brain. Was that God literally telling me what to do? Maybe the idea was mine? You can decide. Either way, here we are. Here’s my story—a seeker on a quest for answers. It was a journey to get here, to say the least.

“Just Make Believe”
I was raised Catholic. I use that term very loosely because we mostly just attended church on Christmas and Easter, and God wasn’t really brought up much in our home aside from bedtime prayers. I did, however, make four sacraments through the Catholic Church: baptism as an infant, my First Communion in second grade, Confirmation in ninth grade, and my husband and I actually got married in the Catholic Church (although, if I’m being honest, that was mostly for my mom). I also attended Catechism, which is essentially instruction on religious doctrine, from first to ninth grade. I mostly goofed off, and don’t remember much, unfortunately. However, there was one important thing I do very clearly remember. The Catechism teacher said that most everything in the Bible are “stories,” (aka: make believe). “They’re just good lesson to learn and live by.”

It was at that moment I started to question EVERYTHING. I started to doubt. I started to not believe. Even when I made my Confirmation in ninth grade, the Bishop asks a bunch of questions to which you respond, “I do.” One of those questions was “Do you believe in Jesus Christ?” I remember really struggling with that. I didn’t want to lie. But I also really wanted to be Confirmed with my peers. So I just mumbled something unintelligible under my breath, which the Bishop thought was “I do,” so he continued on.

The Journey to Truth
I dated this guy in eleventh grade that was a Christian, and I confided in him my struggles, questions and my doubts. He encouraged me to go talk to my Priest at the church I grew up in. But honestly, I was too afraid, and never went. In college, I went a few times to the student church on campus. But that was it. I really didn’t get much out of it.

After college, I lived in Los Angeles for six years, and church hopped there too…never really finding anything that related to me. (Side note: my husband and I actually tried what we thought was a church, but about halfway through the service, we found out they worshipped TREES! Oops. We grabbed a free donut and ran out of there).

After moving back home to Michigan (now eight years ago), I enrolled in a class at a local church to learn more about Jesus. We watched old 1980s videos and talked about what we watched. I found it boring and uninformative. Also, after trying to be truthful and share my skepticism, the woman across from the table said (loudly enough for me to hear), “I don’t know how anyone couldn’t believe. They must be a real idiot.” Whoa. I was so taken aback, I ran out of there crying, and obviously did not return. After that, I didn’t really attend church. For years I kept putting it on the back-burner. I started to feel justified putting it farther and farther away from the front due to all the hate that comes out of the church. Churches and Christians that don’t accept homosexuals, people that don’t look like them, people that don’t have as much money as them, people that don’t vote like them…I could go on and on, but you get my point. I guess I started to lose confidence that there were any “good” Christians out there.

What Keeps Me Up at 3 a.m.
Two years ago, my stepdad died, quite suddenly. It was a very painful experience for my family and I. There were times right after he passed that I would lie in bed in a cold sweat, thinking of him…just gone. Was he in Heaven? Was he someplace else? Or…what horrified me, was thinking that he just ceased to exist—decaying in a box in the ground. It’s so frightening to think of that. So, right then, in my cold sweat at 3 a.m., I decided to once again, find my truth. Seek my answers.

I started the following morning, writing emails to six local churches, explaining where I am in life, how I’m on the fence, skeptical, unsure on well… everything. Four of the six churches responded to me. Two said they don’t have any resources for me, but to start attending their church. At another church, the lead pastor actually did call me, but the only advice he gave me was to read “The Case for Christ” (great book for seekers, by the way). The last church, a woman called me, and she said she’d love to meet with me and chat about everything. I thought that was wonderful. That’s exactly what I needed—a sort of spiritual mentor. By the second visit however, I realized that her and I didn’t see eye to eye on a lot of important issues. To make matters worse, I attended church with her once, and within the first ten minutes of the service, the pastor said the word “retarded.” Umm. Yikes. That’s a pass. So again, I ran away. I stopped. I was just having such bad luck and kept hitting roadblocks. It was very discouraging. 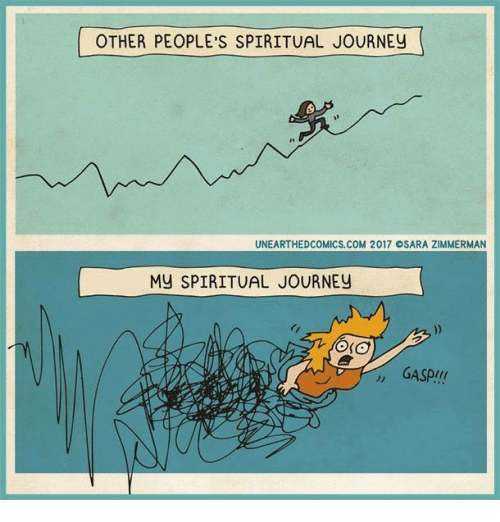 Fast forward a year. (Stick with me, this isn’t like a movie without a happy ending, although it seems like that’s the way it’s going). I was a few weeks away from the one-year anniversary of my stepdad’s death. And again, I would wake up in a cold sweat, thinking those horrific thoughts. Where exactly WAS he? So again, just like the year before, in my bed at 3 a.m., I made a promise to myself to seek God. Give it my ALL. I was 34 years old. I had three kids. If I wasn’t going to find the truth for me, I sure as heck was going to find it for them. This time, I decided to go to social media. I was going to explain where I was, what I wanted, and see what people had to say.

I had SO many great responses. 150 responses, to be precise! Clearly, people had a lot to say! A lot were recommendations of different books I could read. A lot were words of encouragement. But do you know what the two most common comments were? 1) That I’m NOT ALONE. That many people are in THE SAME BOAT AS ME. Whoa. I had NO IDEA. I seriously felt so alone. So isolated. Oh my gosh. That felt sooooo good to hear. And 2) Many people told me the best place for me to start my journey was Kensington Church. That this was a place that welcomed seekers, nonbelievers and Christians alike. Sounded like my kind of place…but I was skeptical (and scared). 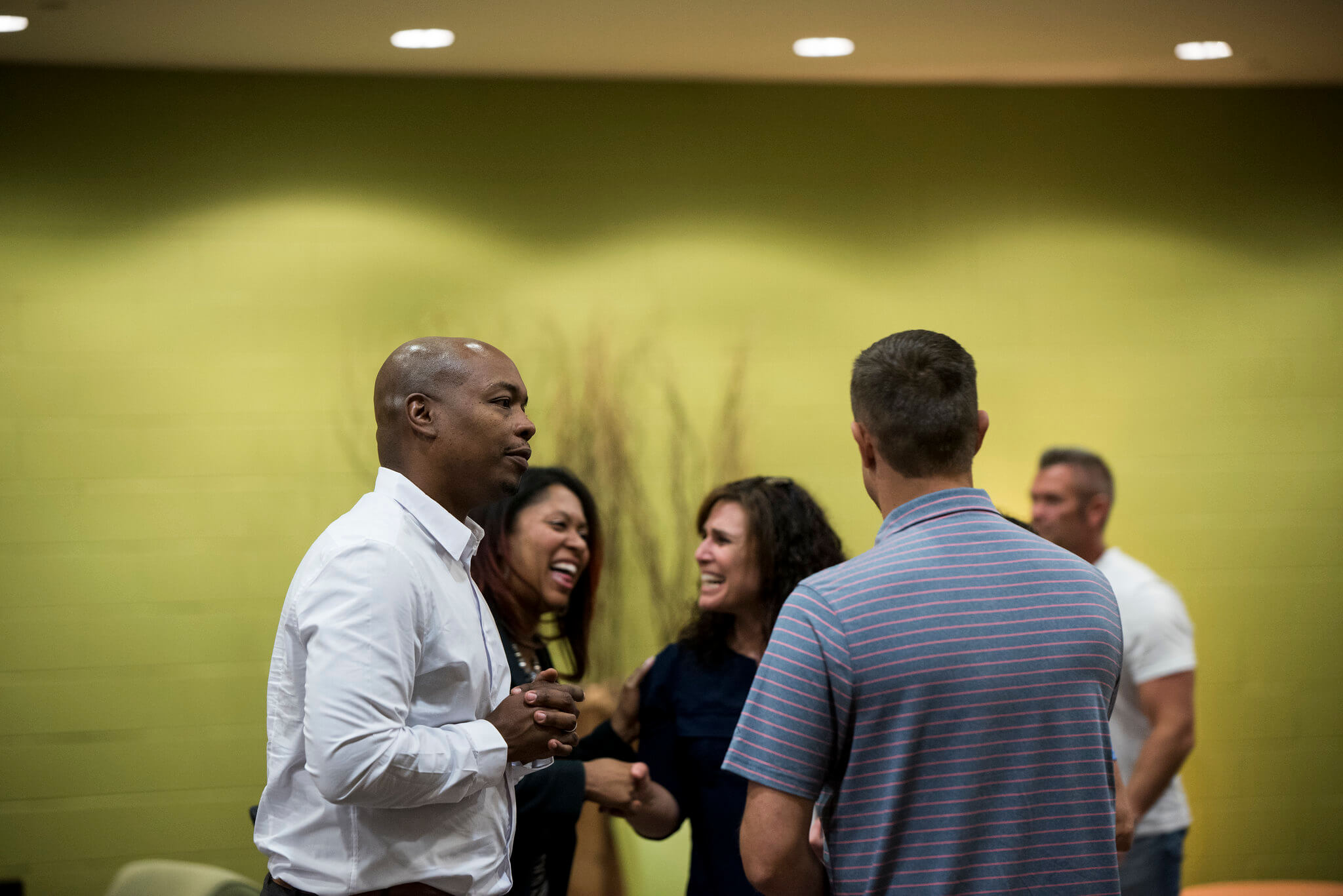 Nevertheless, if I was going to go all in, I was going to go ALL IN. So, I emailed the lead pastor, explained my journey to him, and just asked if we could chat for a few minutes in-between services. Not only did he get back to me quickly and agree to meet, he shared his story with me…which was not too unlike my own. In fact, a lot of times, when I feel discouraged, I think of him and his journey. If it took him, a lead pastor of a large church, three years to finally find Jesus, I’m doing alright! It felt good to finally feel heard. To feel understood. To be looked at without judgment.

After chatting with him, I went into the service. The first message I heard, they were talking about this Mahatma Gandi quote: “I like your Christ, I do not like your Christians. Your Christians are so unlike your Christ.” Wow. These are my thoughts exactly! It was a good message. I left there feeling good. In fact, I had a smile on my face! Whoa…I think that was the first times I smiled while at church. Ever.

After that “scary” first time at Kensington back in July 2018, I faithfully go each week (unless of course, I’m out of town, etc). I love going. I look forward to going. My heart feels happy. Since then, I’ve taken an Alpha class, Bible Basics class, I’ve read the New Testament three times, (almost) completed the Old Testament, read many other seeker type books, attended SMASH Women’s Retreat (totally out of my comfort zone), volunteered, and met so many amazing people at Kensington.

My heart is open and exploding. I feel so happy. Do I still identify as a seeker? Yes. My brain needs to catch up with my heart. But you know what? Looking back over this past year, I’m leaps and bounds from where I was.

Are you seeking? Are you afraid to take the first step? Please know you’re NOT ALONE. You’re not. I’m here. Right next to you. There are many, many people that are also afraid. Come take this journey with me. They say a journey of a thousand miles starts with a single step. Take that first step. I can promise you, whatever your Truth might be, you will never regret the journey.

I’ll leave you with this one of my favorite Bible verses that I think of quite a lot in my journey. I think in the beginning, my door was shut. Now it’s cracked open. 🙂 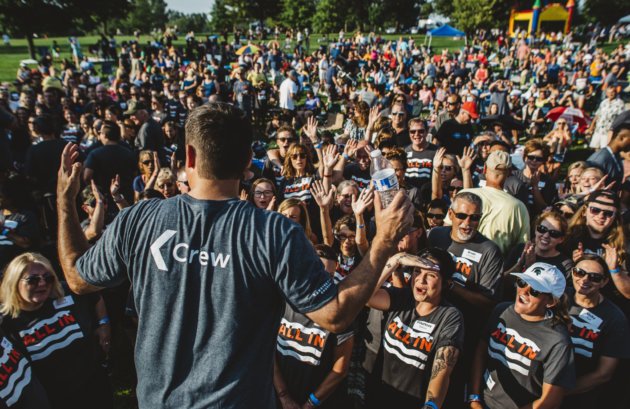 Since the very beginning when first-century mission preacher John the Baptist baptized followers of Jesus on the banks of the Jordan River, the act of baptism has been a fundamental element of the Christian faith. 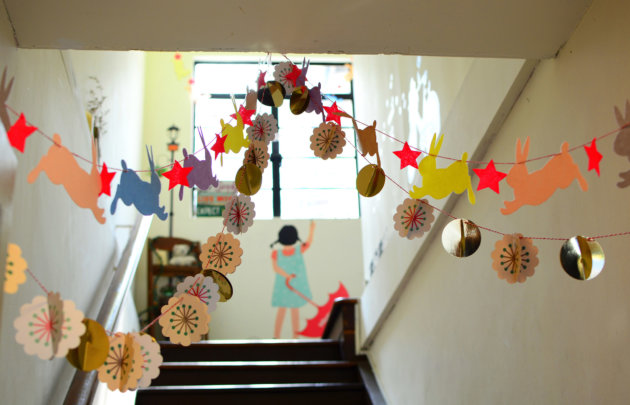 My Move Out Story: Who Are My People?

Why did I decide to move out & impact this community? One word: obedience. I had to decide if it was worth living my life to serve Christ.